Rapa Nui is the most remote inhabited island on our planet. Take a look at a globe, look at the pacific ocean and find the center of the largest area of blue; that’s about where this tiny island is. My partner Brea wanted to take a pilgrimage for her 40th birthday, so we planned a trip to the smallest rock in the largest ocean in the world.

I hadn’t shot film in a long time, so I decided to bring my canon Ae1 and a few rolls of 35mm along. I had forgotten how magical it feels to shoot film, I tended to slow down and enjoy hunting for images.  In the end, I thought my film work was a little stronger than the digital.  See if you can tell which is which 🙂 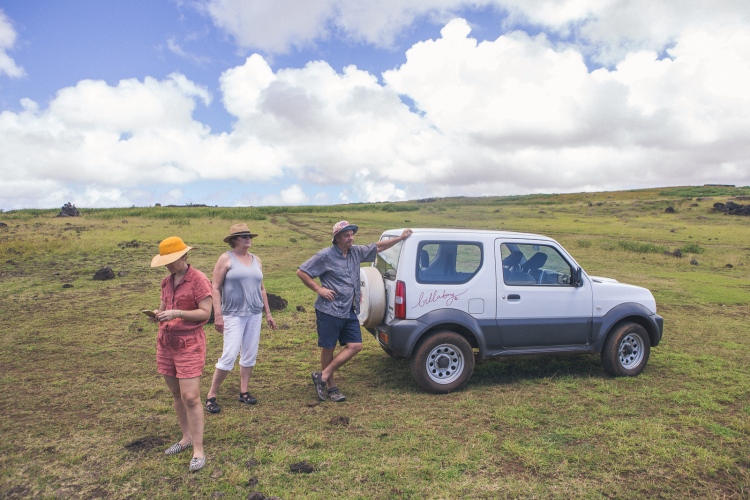 The island is only 63 square miles and most of the coast is very rocky; but there are a couple of perfect sandy beaches tucked into the coves. On the first day of the trip we spent the morning swimming at Playa Anakana. This spectacular turquoise cove has a collection of Moai sitting above the beach, facing inland.  The water is crystal clear and the temperature is perfect. 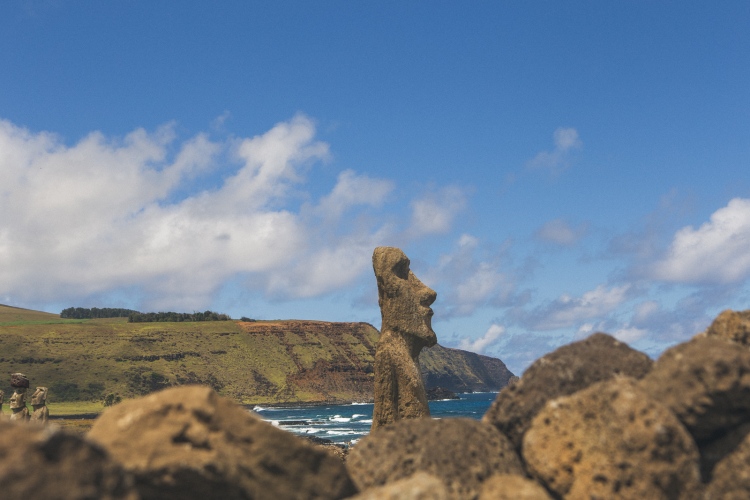 The largest group of standing Moai are located in a cove below the volcanic crater where they were all born.  These monoliths stand on an Ahu (alter) and are upwards of 50ft tall.  It’s really hard to grasp the scale when you get up close to them. It must have taken an unfathomable amount of man-power to build and move these things.  The crater where they were built (Rano Raraku) is littered with thousands of complete and incomplete Moai.  Some of them are half carved, still trapped in the side of the mountain.  Some of them fell on their journey to the coast, some look like they just stopped in their tracks and slowly began sinking back into the earth.

Brea and I stumbled on this vast network of lava tubes.  The caves were full of interesting structures and mysterious carvings.  They went on as far as you could want to explore.  After the caves, we continued on toward the side of the island only accessible by foot.  Brea got a nice birthday rainbow on our walk, and we arrived at the coast to discover the ruins of ancient towns as far as we could see.  The towns were built right up to the edges of massive rocky cliffs. It felt for a moment like we were the only people on the island; just us and the horses that were following us around. 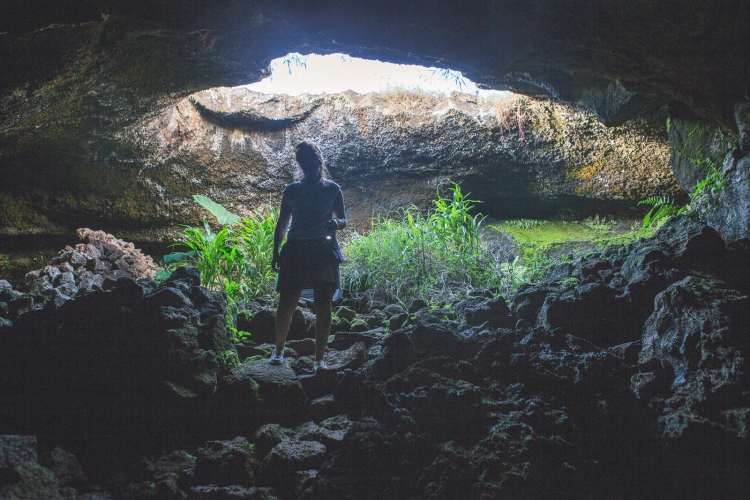 The town of Hanga Roa is bustling with activity every morning.  Although none of the shops open until later in the afternoon, there is a plethora of street food and and fruit vendors.  The coastal streatch along side of town had perfect surf every day; wind off-shore and consistent swell.  There were a handful of places to rent surfboards, and never more than a few people out at any given time.  The waves break on a lava rock reef, which seems a little scary, but it was actually less sharp than coral. 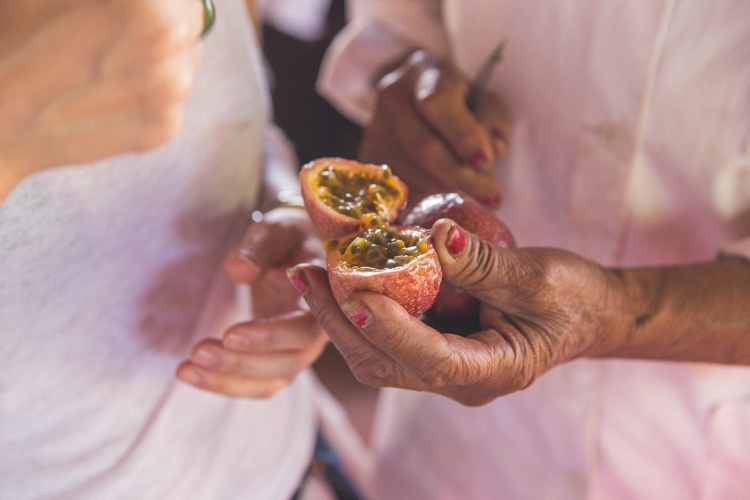 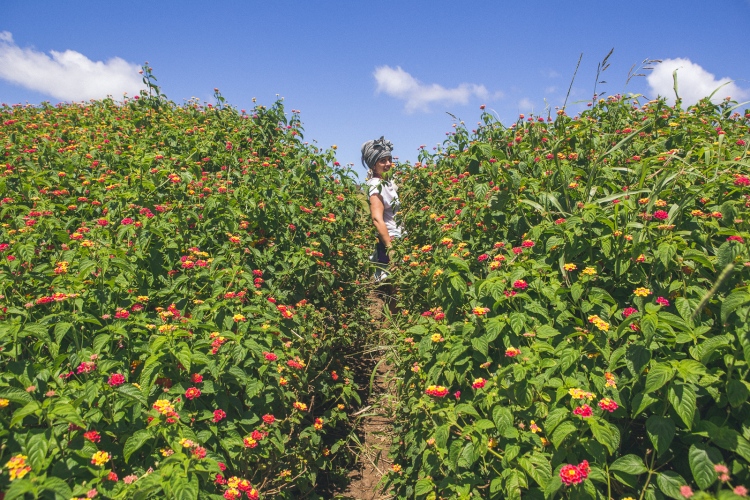 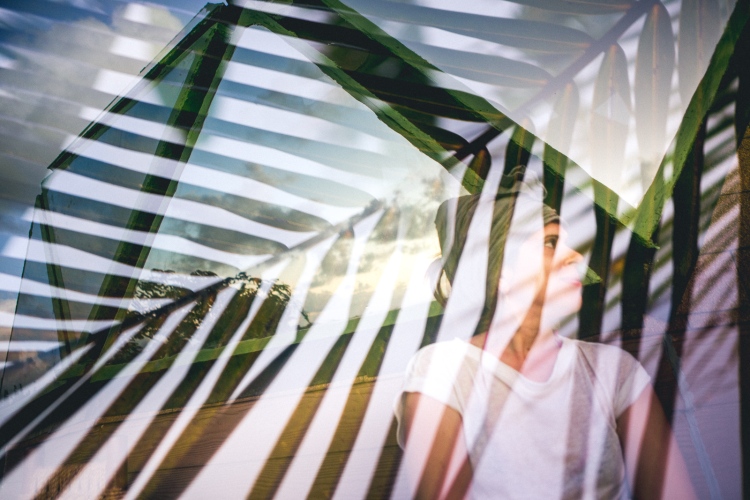 We stayed in a couple of really sweet dome houses just a short walk from Hanga Roa.  Our hosts were super friendly and the property was beautiful!

Above the town is the volcanic crater of Rano Kau and the spiritual site of Orongo. Just off of the coast from Orongo is the tiny islans of Motu Nui, Motu Iti and Motu Kau Kau. In ancient times, all of the tribes from Rapa Nui would come together at Orongo every year to find a new spiritual leader.  The men would race down the sides of the cliffs and swim 1200 meters to Motu Nui looking for the first egg of the nesting sea birds.  The one who returned first with an egg in tact was declared Tangata, or Bird-Man.

During the Tapati Festival of Rapa Nui, different tribes compete to see who can paint the most bodies. The hours of preparation culminate in a parade of decorated bodies. Dancers, musicians, storytellers, warriors, families and all types of colorful characters take to the street alongside the King and Queen of Rapa Nui. The parade seems endless and lasts well into the night as participants make their ways to the coastal venue for an all night party. 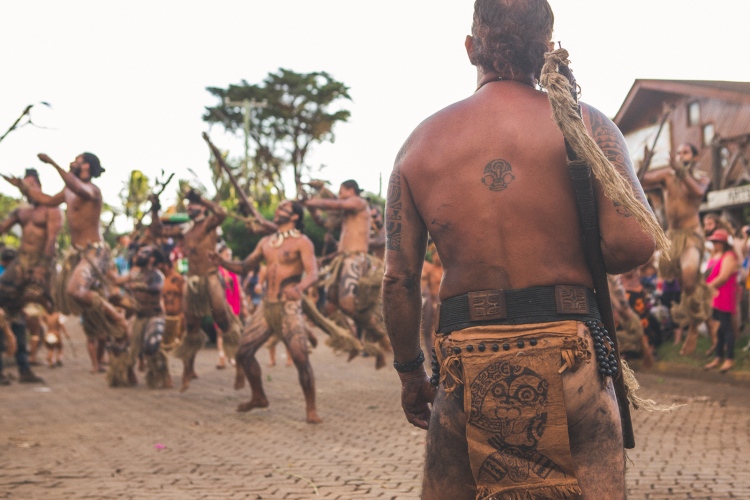 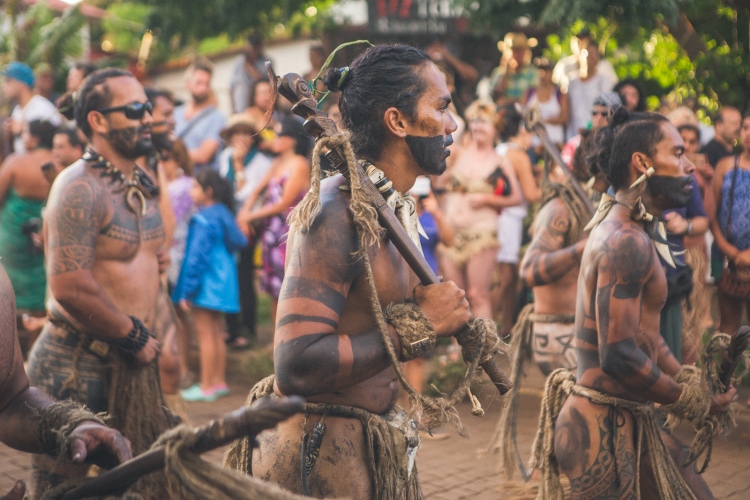 Tangata, the bird-man of Rapa Nui. 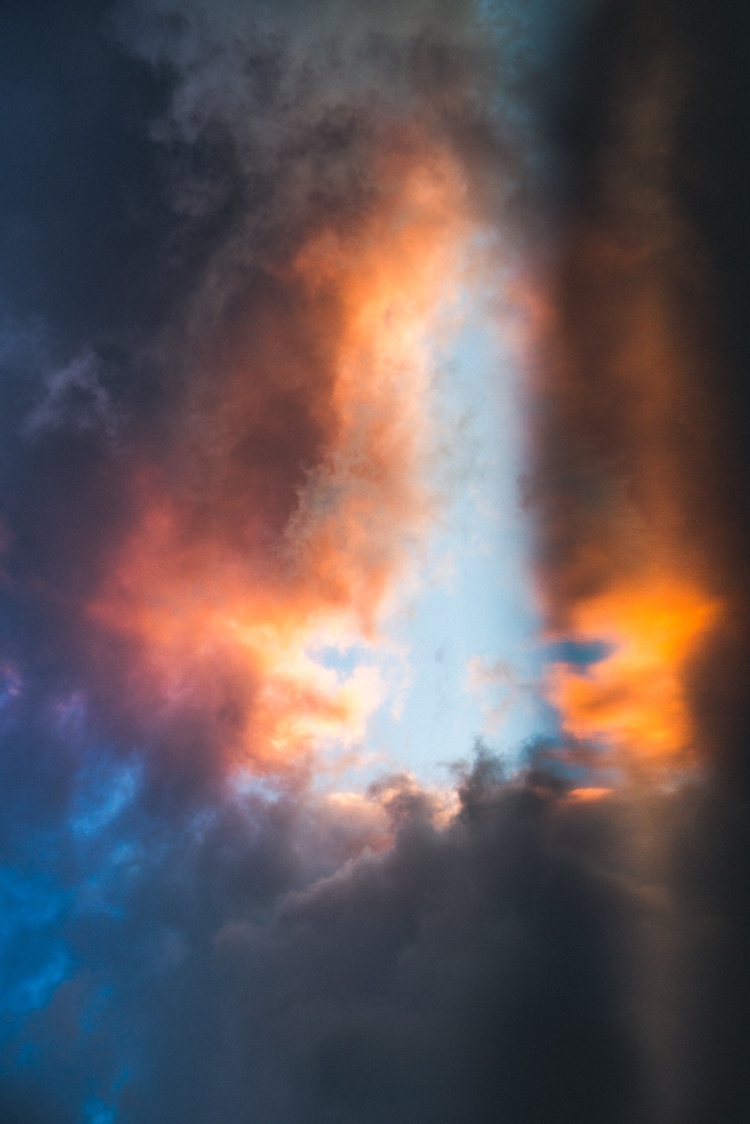