The old Jade Hotel on 7th and L streets in Sacramento may be doomed for a date with the wrecking ball; but, like it is with so many darkly mysterious, sleepy and shadowy things, the old building metamorphosed into a brightly colored creature and made a lasting impact on the community before vanishing into the night. 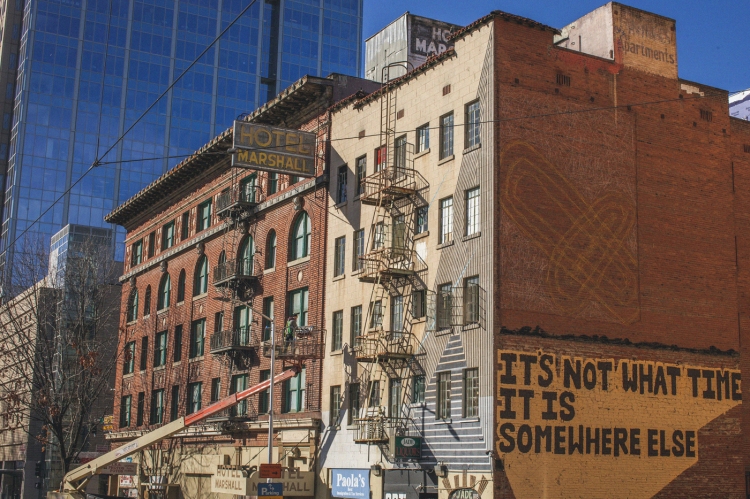 With lines stretching around the block, the hotel became a beacon of interest and magnetized the community to it’s rooms. Where once lived the marginalized members of society, now flocked hundreds of interested people from every rung of the social ladder. 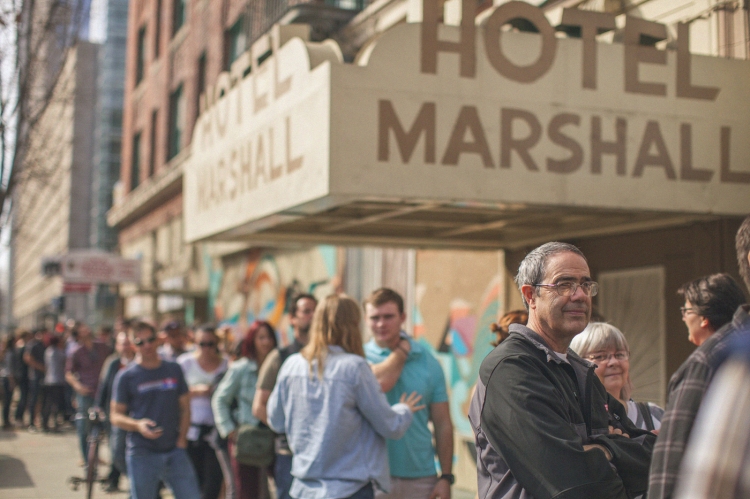 The Art Hotel was a major team effort by the people at M5 Arts and all of the artist involved. Extra credits to the visionary artist / captain of the ship Shaun Burner (above), and the scientist behind the execution Seumas Coutts (below).

Many hundreds of people were fortunate enough to make their way inside the hotel and many hundreds were sadly turned away due to the fire code and the actual capacity of the space. Every person that got in had to make their way past the Art Bouncer, Chris Hopkins. I heard lots of people complaining about the art bouncer but he may have had the toughest job out there, and I think he did a damn good job. I know how hard it can be to regulate a crowd; this guy did it without breaking a sweat.

The scene on the streets was an odd mix. Every day provided a contrasting battle of neon clad construction teams corralling young excited pedestrians into sidewalk lines with orange cones and cyclone fencing. The crowd around the Jade was a constant alphabet soup of young hipsters, middle aged professionals and eccentric retirees. Add a dash of curious state workers with pant suits and name badges and you can start to see the tapestry weaving around the streets at 7th and L. 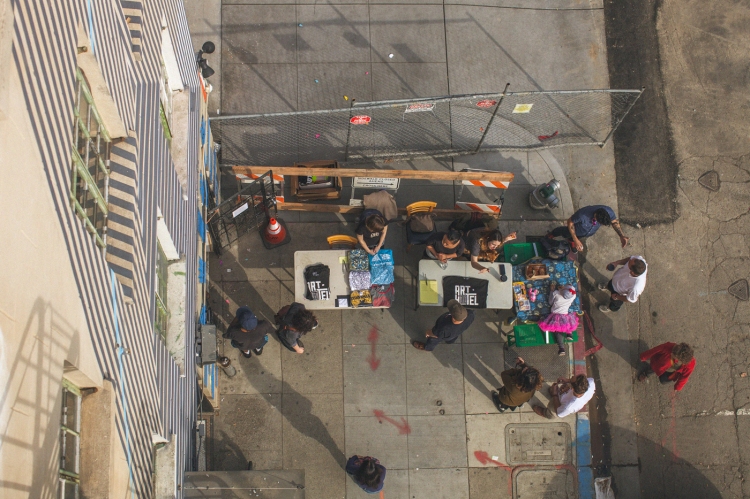 I was lucky enough to spend a couple days hanging around with my camera. Some of you may know my personal project is helping to run Beatnik Studios and photographing content for our gallery’s blog. I initially wanted to shoot portraits of some of Beatnik’s up and coming artists in their rooms at the Art Hotel. In my time at the hotel, I collected about 30 portraits and logged a few hours of skateboarding on the “Riding on the Wall” Installation. Enjoy!

Matt Porr and Andrew Taggart (pictured above) created a ramp inside one of the old apartments. I hit up my friend Andrew Dellas and we gave it a pretty thorough attack. Dellas is a beast and pretty much shut it down. 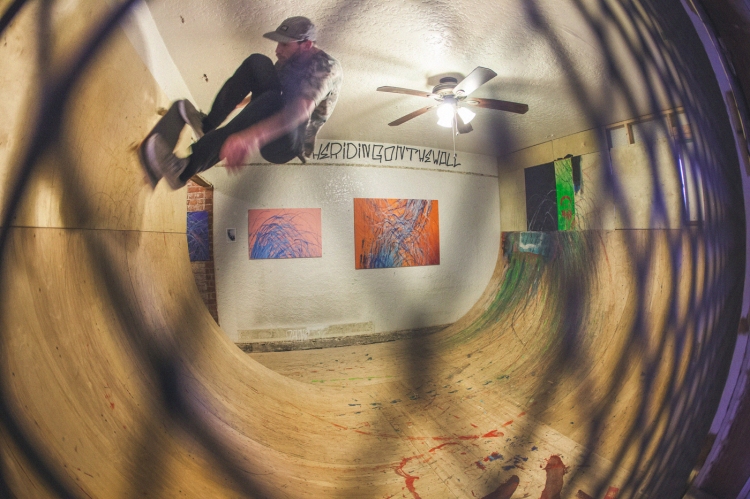 Yours truly took a piece of the ceiling out with a fakie roof bash. I was happy to leave my mark! 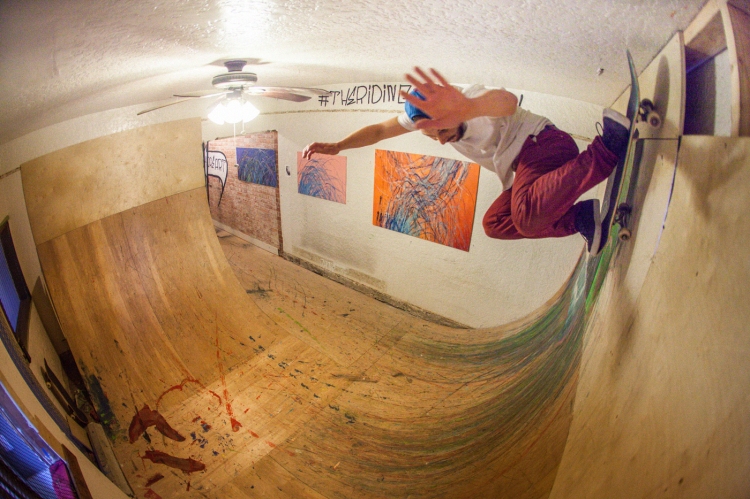 Andrew is a little over 6ft. tall and had to keep a low profile while he completely destroyed the place. 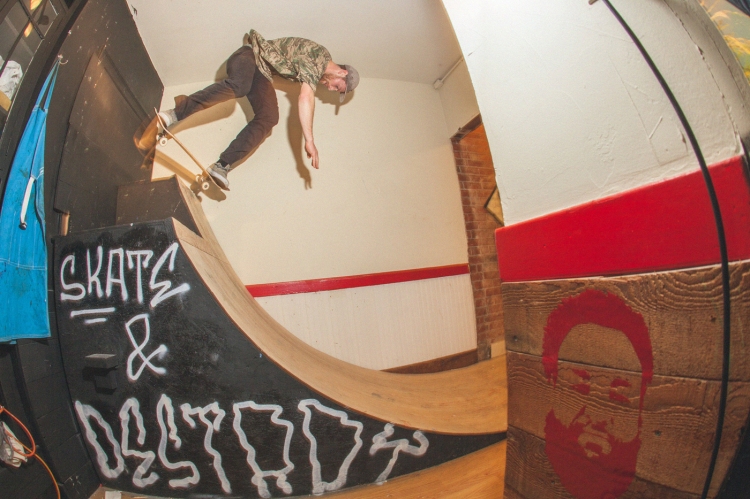 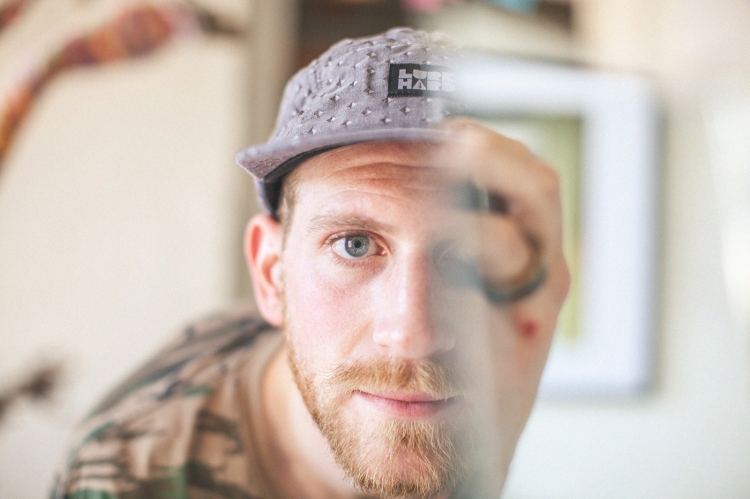 You won’t find Andrew Dellas in the list of Art Hotel artist but he certainly contributed to the “Riding on the Wall” installation.

Here are lots more of the artists who contributed to this monumental event:

Jose Di Gregorio and his daughter. 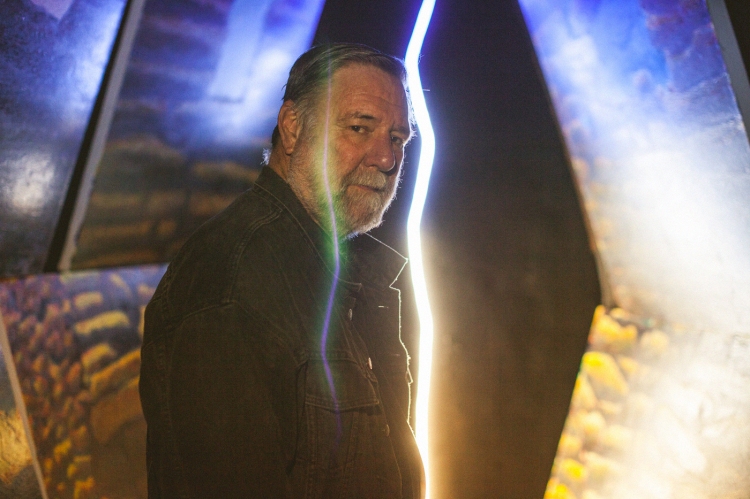 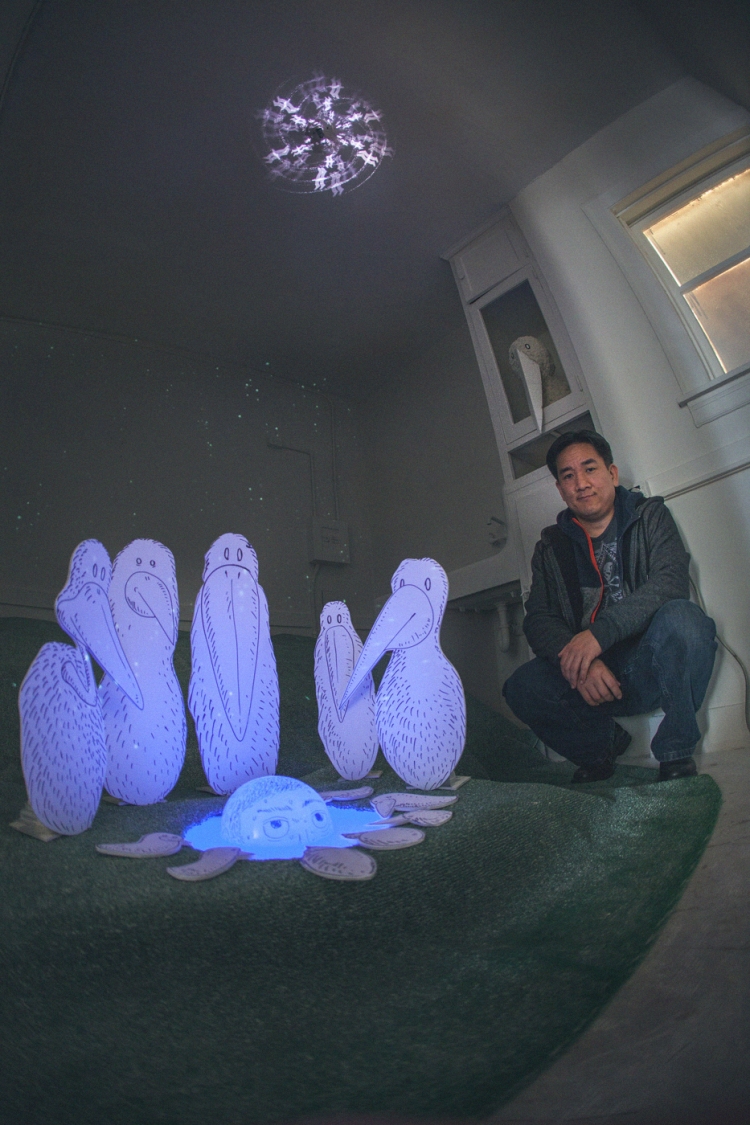 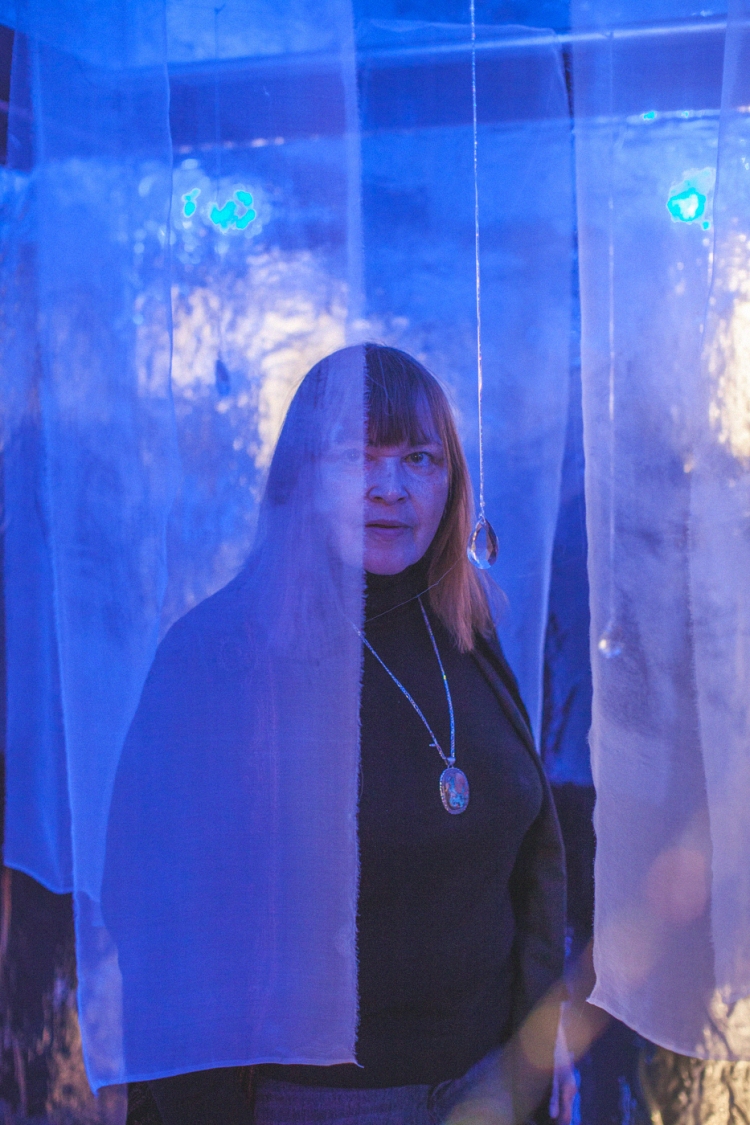 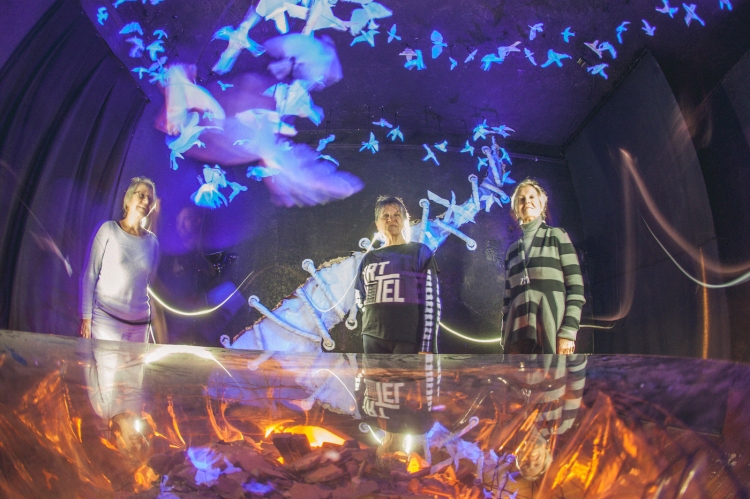 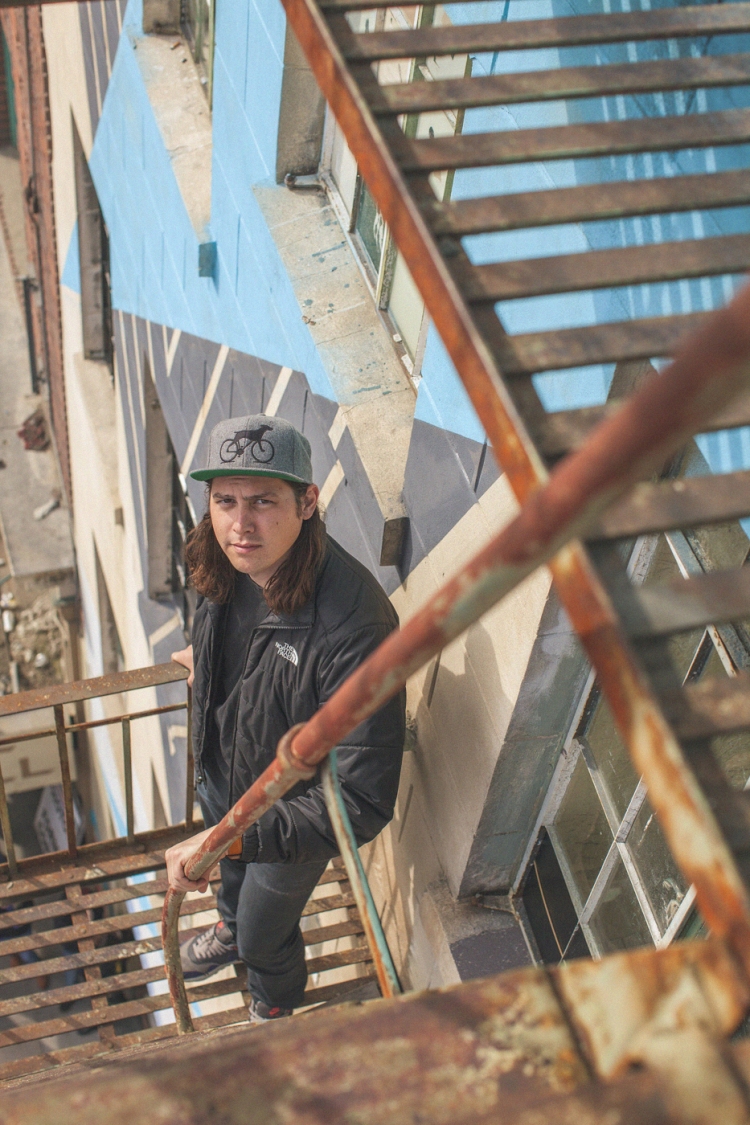 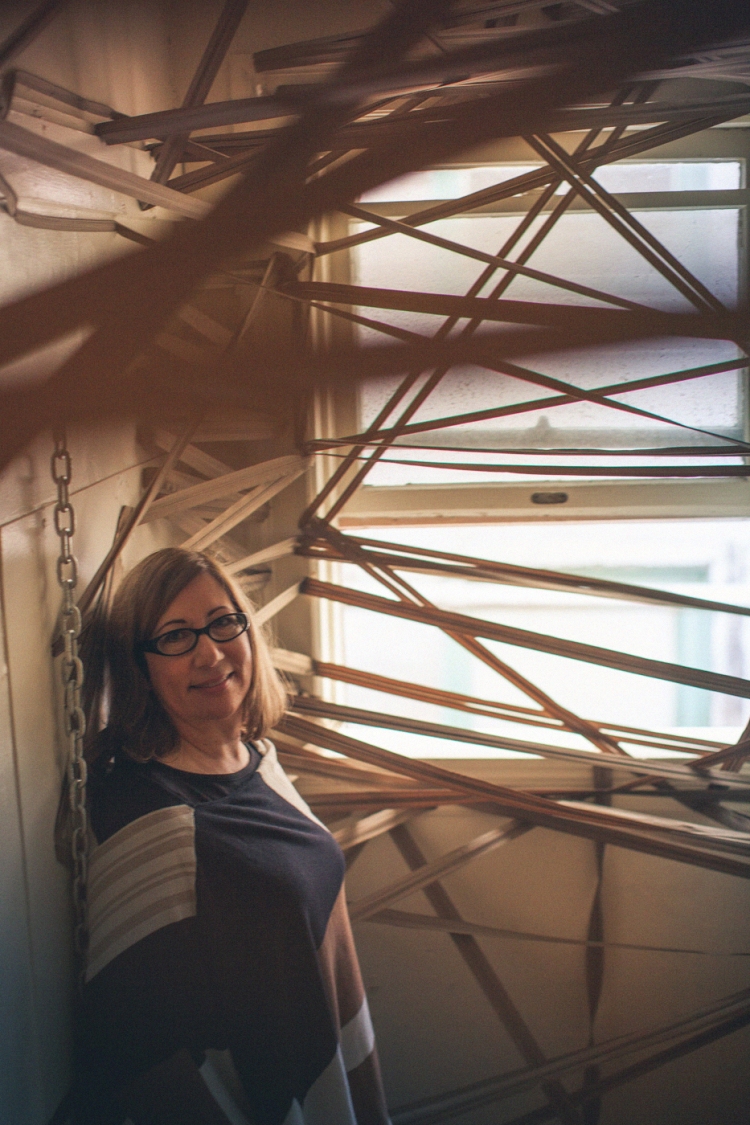 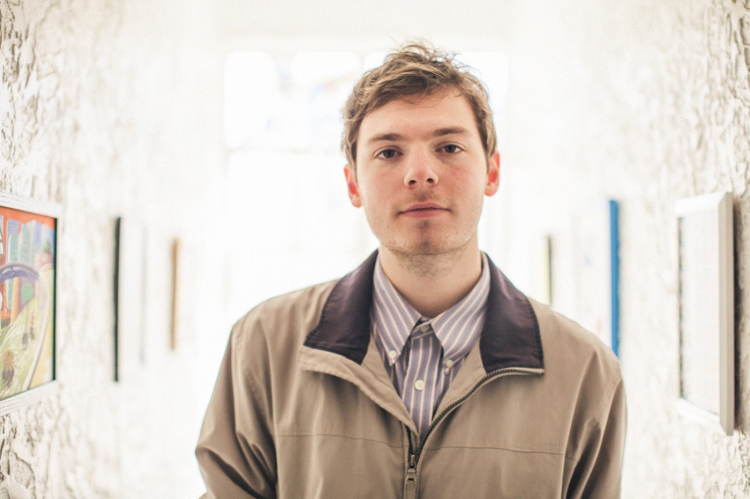 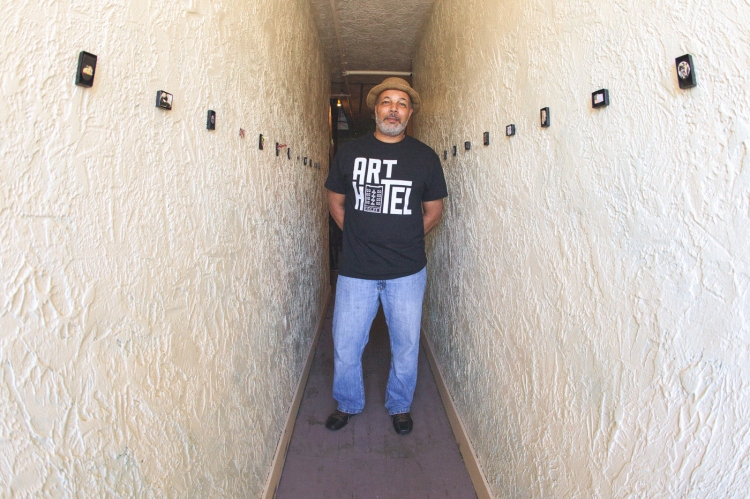 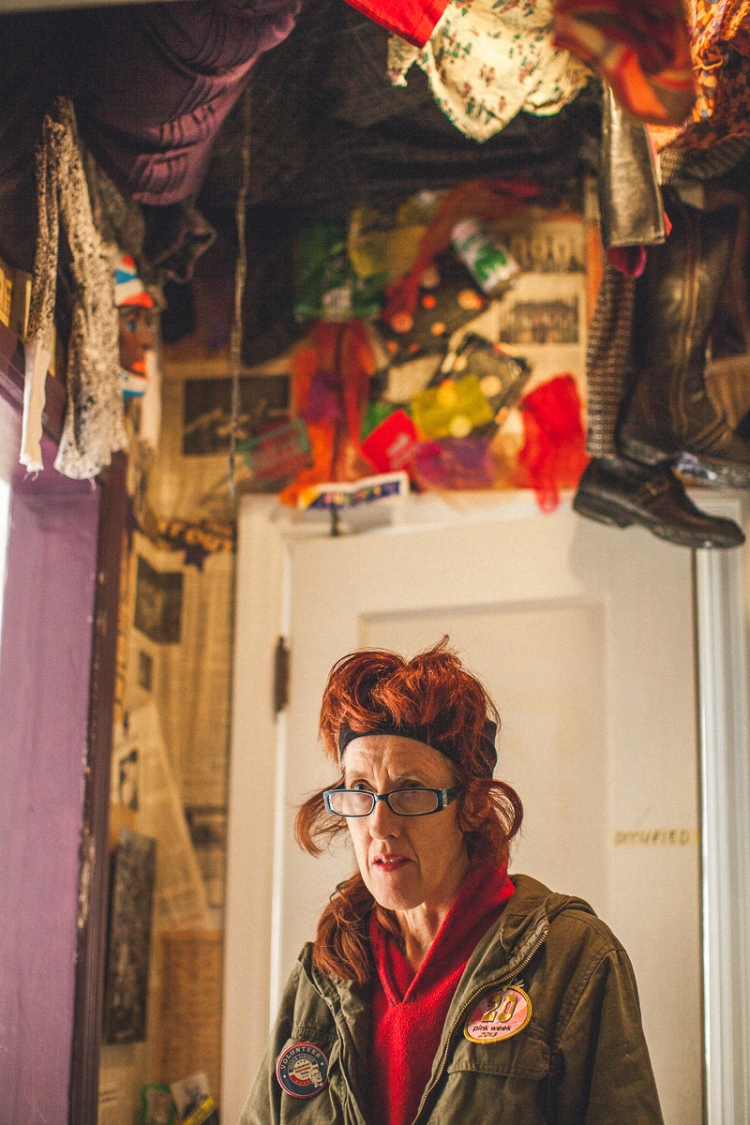 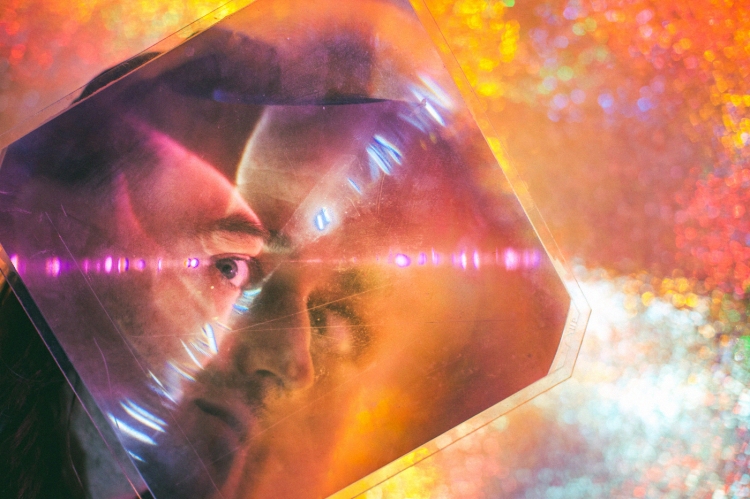 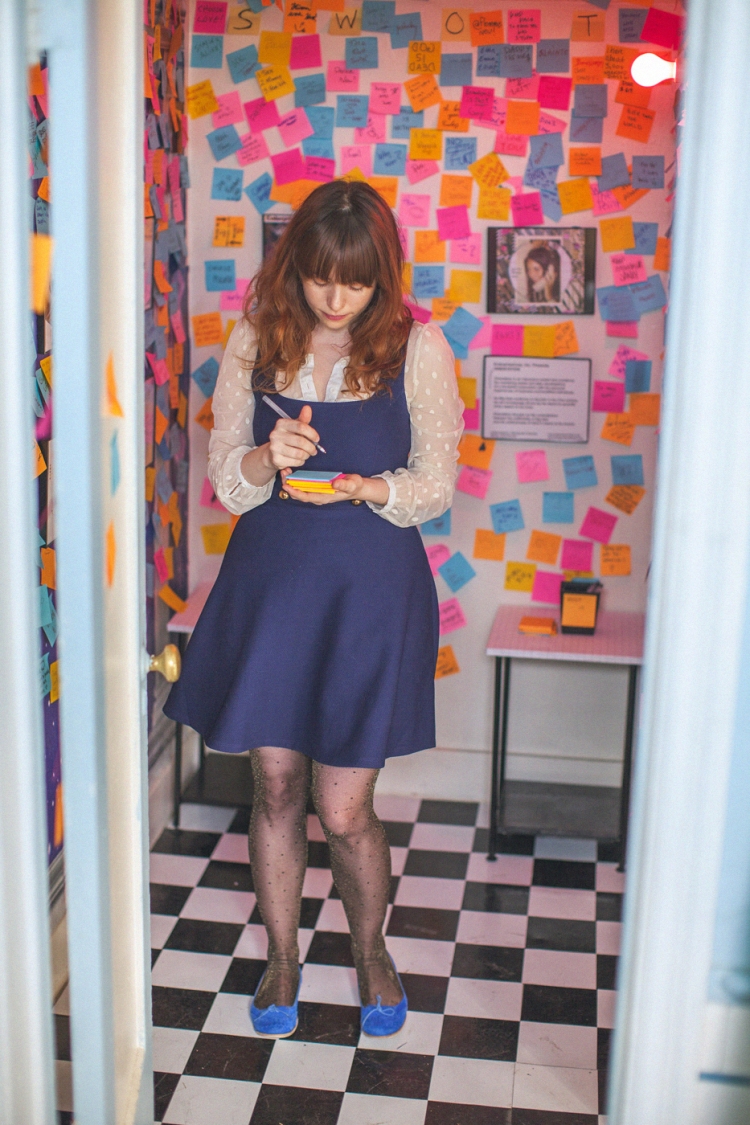 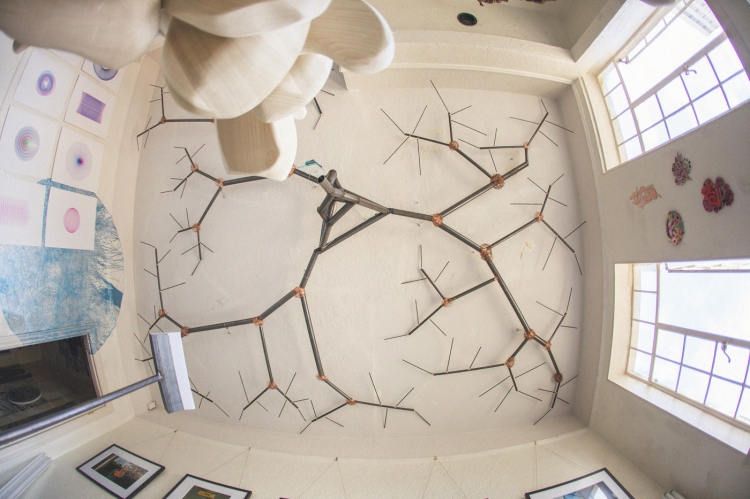 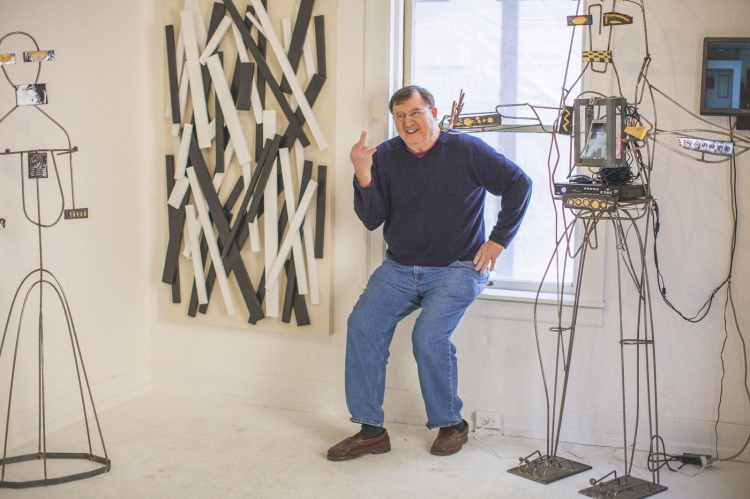 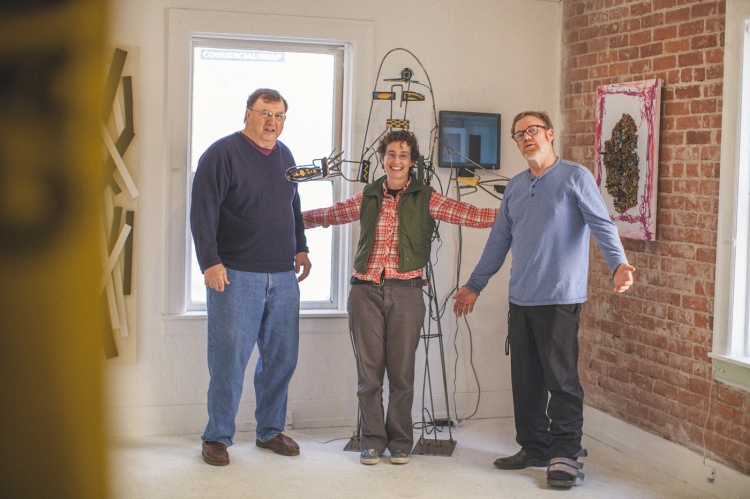 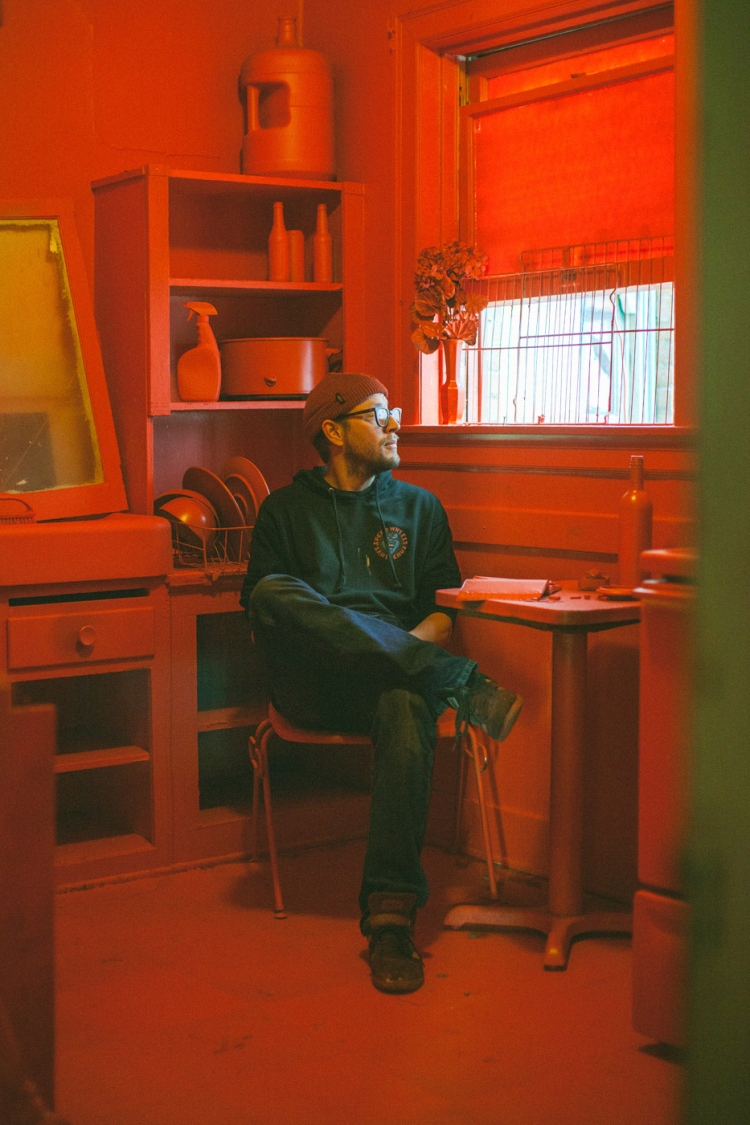 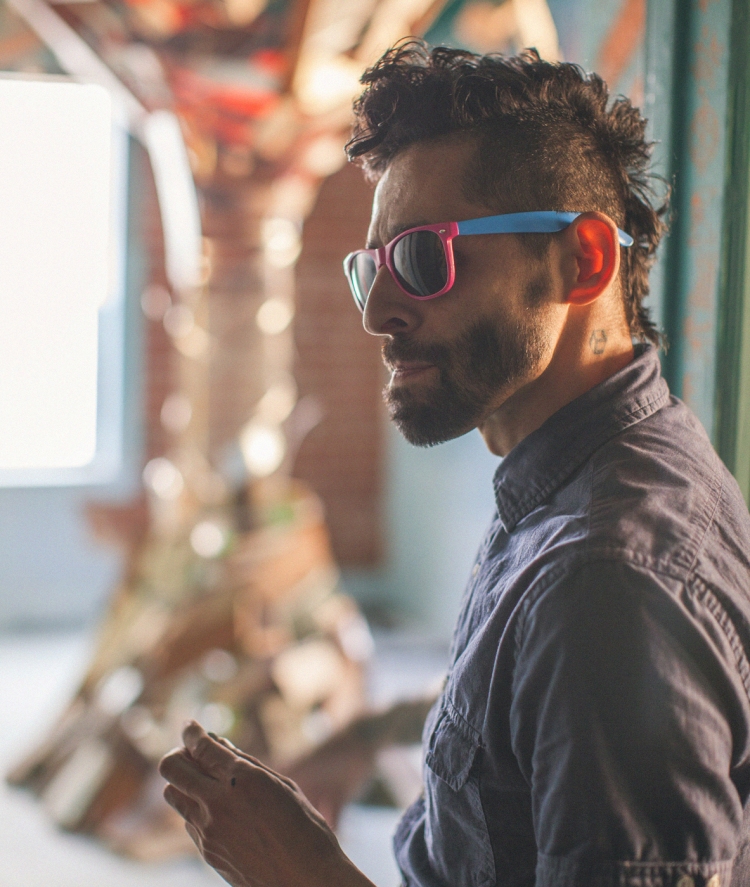 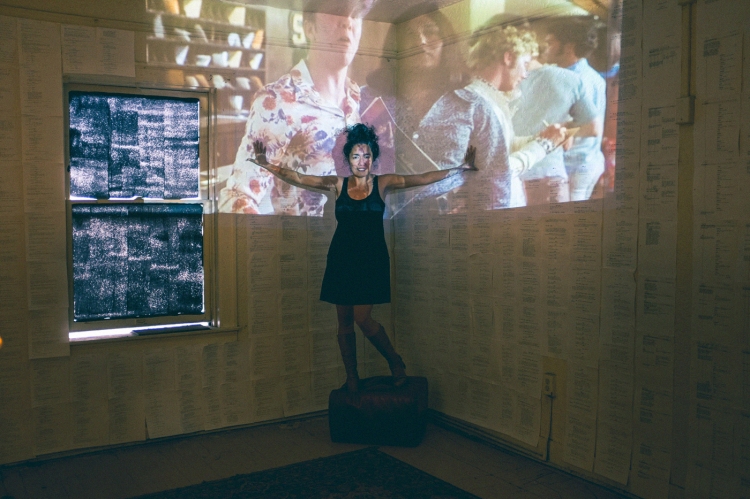 The stairwell into the Art Hotel was covered in the time stickers that were issued to visitors.

Artwork by Gioia Fonda (sorry I missed your portrait!)

Shaun Burner and Trent Dean reflect before the hotel opens for the day. 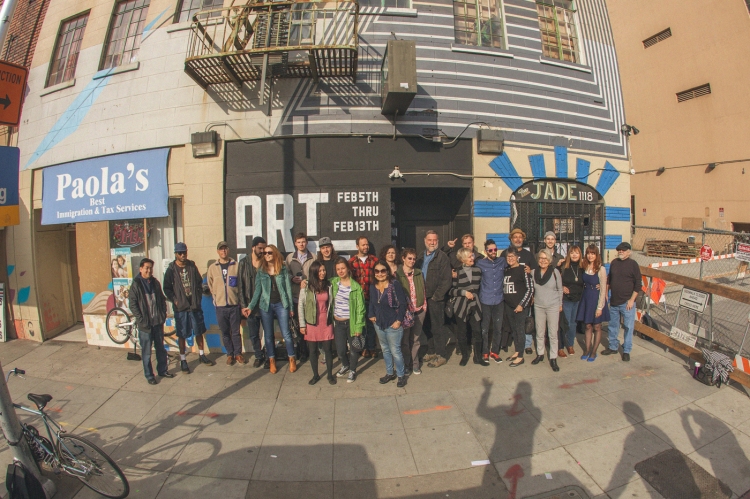 Some of the amazing artist that contributed to the Art Hotel.

I had to sneak in a self portrait a midst the artwork of Franceska Gamez.

I truly hope that Sacramento can keep the positive momentum going for developing the future of our art scene. I hope that the gallery at Beatnik Studios can be part of the revolution. Please keep in touch and we will build it together.